TriBreath
Revolutionise the way you move

To begin with, first let me share with you the primary reason how and why TriBreath came to be.

With a love of human anatomy from an early age, in my twenties i was literally thrust into full-time massaging that focused on injury repair.

As the universe would have it, it was a chance meeting & treatment with a man who managed elite athletes and world champions that solidified the direction of my path.

And where that path was leading became very apparent very quickly!

You see once word got out about who i was looking after (some very big names), my clientele changed quickly and filled up with lots of full-time professional athletes.

Here i was now playing with lots of human Lamborghini’s and Ferrari’s.

But what i found were these high performance body’s were like most other body’s.

That is they predominately had one thing in common.

It was the way their injuries were predominately one sided!

Addressing the cause not the symptom

As i was treating lots of runners, paddlers, life-savers, cyclists (basically sports that weren’t predominantly one sided like tennis, golf, archery etc.), there had to be a common theme.

There i was after many treatments pondering on why it was that one side of a lot of body’s collapsed more than the other.

Being an avid musician and a lover of rhythm, the fog of wonderment started to lift and slowly but surely it become obvious where my attention would be best focused.

So to the beginning i returned and i started to hone in the rhythm of the breath!

And when it comes to the rhythm of your breath when you walk and run, what appears to be a balanced breathing rhythm, physically experienced it is not!

What i discovered was that balanced breathing rhythm’s when using the two sides of your body to work in opposition to each other to generate power (like when you walk and run), are uncompromisingly limiting.

The simple reason being, the 1st IN-breath and the 1st OUT-breath are always on the side.

VIDEO#1 – How We Walk Out of Balance

In this first video of the TriBreath Beginner Series, it’s onto the tread mill we go.

If you have any questions, let me know!

Wishing you all the best, 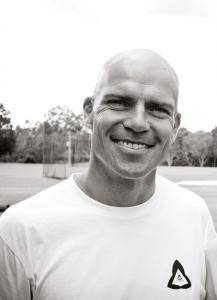 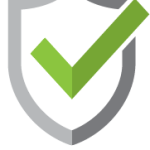 This is my guarantee to you. If within 60 days of your TriBreath Membership purchase, if you can honestly say you put the effort in to time your body up to your breath, and you don’t feel more connected and more in control of your breath and your body, if you ask for a refund, it will be given!

Inside the TriBreath™ Members Teaching Portal, there you’ll find an ever updated library of video’s to help…

VIDEO#1 - How We Walk Out of Balance

VIDEO#6 - Maximising the Use of Your Arms